The first Grand Slam of the year will be underway shortly so it’s time for the Tennis Tips UK tournament preview. Tennis Tips UK traders analyze all major ATP, WTA & Challenger events to find value for VIP Club subscribers. Outright winner markets are high variance and should only be backed when significant value is found. Explore this article for in-depth player previews and overall winner predictions for the 2017 Australian Open event.

World number one Andy Murray is the narrow favorite for this years event. Narrowly behind is Novak Djokovic – the player who dominated ATP tennis for years but suffered a slump in form during the later stages of the 2016 season. Bookmakers are divided in terms of who will start next season strongly with some pricing the Australian Open as a clear race between the Serbian and Scotsman.

Tennis Tips UK traders are interested in other markets however where significantly more value can be found. At such a poor price of approximately 2.50-2.70 it’s unlikely that Andy Murray or selections similar will deliver profit long term. The field is strong at the event this year and with it being the start of the season many top players find a while to find their rhythm. 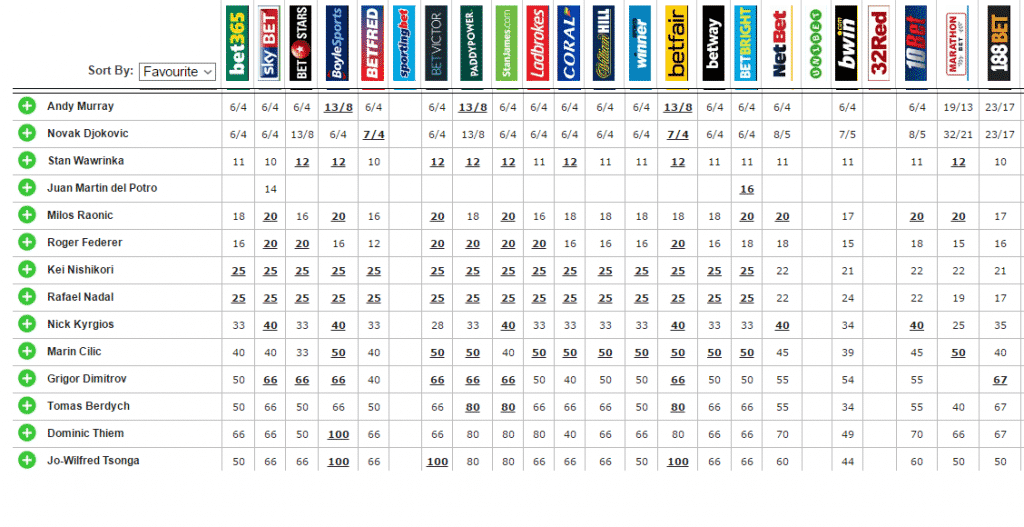 After analyzing all odds available there are a small selection of markets that appeal. Firstly Rafael Nadal; he’s made changes to his coaching team and spent lengthy periods preparing for this season. At such a big price of 25/1 (26.00) the value is certainly there backing the Spaniard. Recent seasons have been poor but he looks physically ready and will mental belief and application he will be a force to be reckoned with again this year. 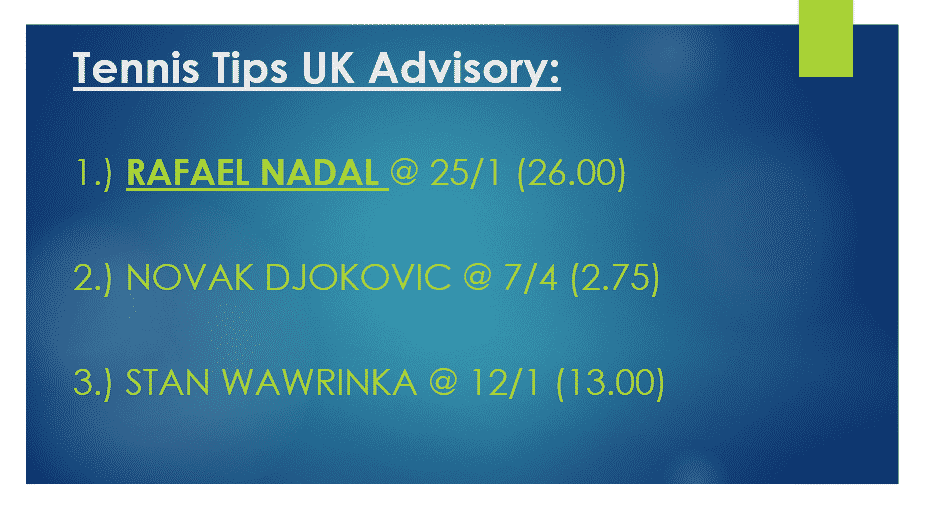