According to the latest industry statistics published by the UK Gambling Commission, the total gross gambling yield of the Great Britain gambling industry equalled £12.6 billion for the twelve months between October 2014 and September 2015. Those self-same statistics also revealed the presence of 8,809 betting shops in Britain, which account for the lion’s share of the over 100,000 people employed within the industry. A British Gambling Prevalence survey in 2010, too, revealed that an estimated 22% of the British population regularly engage in betting on horse racing and approximately 12% bet regularly on other sports. Discover How Bookmakers Work with Tennis Tips UK

What all of that tells us is that bookmaking is, without question, big business. The fact that bookmaking is indeed a business is an important realisation, moreover, as it is something which often escapes the notice of punters. Bookmakers, after all, are in the game to make a profit not to engage in gambling and the way they run their businesses definitively reflects this. With that in mind, it is important for any punters to understand exactly how bookmaking works and how it is weighted to give bookmakers a profit making edge. 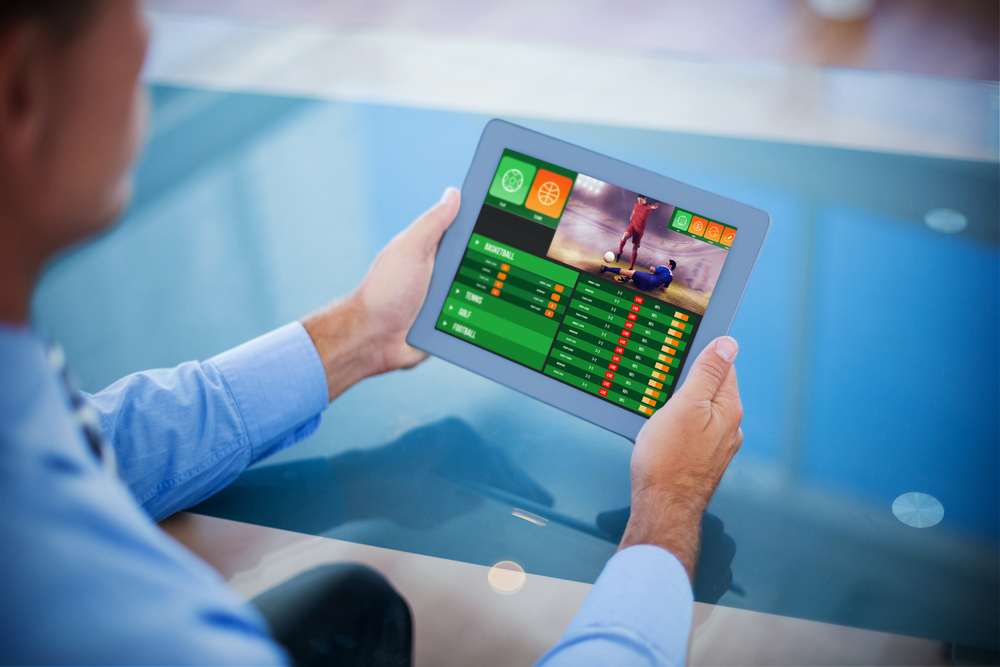 How Bookmakers Work – Traders, Limits & Profit | Gambling has grown exponentially in the past decade

Making the Book – The Theory

The term ‘bookmaking’ originates from the practice of taking bets on a given event and recording those wagers in a ledger known as the ‘book’. Original bookmakers, therefore, would literally make a book for each event by deciding upon the odds they would offer for different outcomes and recording who bet what at which odds. Today, the situation is in theory fairly similar but has significant wrinkles which most punters are simply not aware of.

It is a fairly widely held misconception that bookmakers set odds by analysing events, deciding upon the probability of each outcome in the event and offering odds which directly reflect those probabilities. That is quite simply not the case, however, as the following explanation of the theory and mathematics of bookmaking should make abundantly clear.

Firstly, it is important to state that bookmakers do indeed use a wide range of information and data to determine the relative probability of different outcomes occurring in any given event. That is only the beginning of the process of making a book, however, and there are a number of further steps taken. As a starting point, though, it does mean that understanding how you can reach specific odds from those initial relative probabilities is important to understand.

The best way in which to explain this is through an example. Say, for instance, that in a tennis match the bookmakers determine that the relative probabilities of each player winning are 60% (0.6) and 40% (0.4). In that case the odds which those probabilities suggest, can be determined by the following calculation:

If bookmakers, therefore, were to offer odds of 4/6 and 6/4 on our tennis match it would be what is known as a ‘fair book’ as the probabilities which the odds represent add up to exactly 100%. As we have mentioned, however, bookmakers offer odds in order to make a profit and as such those are not odds which they would provide to punters. Instead, they would proportionally reduce those odds so that they still reflect the same relative probability of the outcomes occurring but are weighted more in the bookmaker’s favour.

The amount by which a book does exceed 100%, is known as its ‘Overround’ or as the bookmaker’s ‘Margin’ or ‘Vig’. It is this which determines that in theory the bookmaker will always make a profit (and in this case a 50% profit) no matter the outcome of the event. Once again, this is most easily demonstrated by following through our example and assuming that the bookmaker takes bets in proportion to the true probability of each outcome occurring.

For our tennis match example, therefore, if the bookmaker were to take £90 worth of bets on the first player and £60 worth of bets on the second player at the advertised odds of 1/9 and 4/6 they would receive £150 worth of stakes. Regardless of who wins in that scenario, they would only ever pay out £100, however, as a £90 winning bet at 1/9 returns £10 plus stake and a £60 winning bet at 4/6 returns £40 plus stake. The bookmaker, then, has set the odds to ensure that they will make a 50% profit from the event.

This is of course how the process works in theory and in practice there are other considerations, including the possibility that punters do not bet exactly in proportion with probability, but it is a good model for explaining how bookmakers ensure an edge. What’s more, bookmakers are the only people well enough placed to account for those practical variations in betting and they routinely alter their offered odds accordingly.

The above, then, provides a stark representation of how bookmakers set odds to ensure that they are profitable in the case of single bets. When it comes to multiples, too, things by no means get any better for punters.

In the case of multiple bets, bookmakers implement the same process of setting odds but with one notable difference. That difference is that the odds offered to punters are compounded in such a way as to be to their detriment and to the benefit of the bookmaker.

In order to demonstrate this, let’s assume we are going to bet on two tennis matches where the actual relative probability of either player winning is 50%. The true odds for each player, therefore, would be evens (1/1) but as explained above what may be offered to punters could be more like 5/6. By applying the calculation explained earlier, then, we would find that the bookmaker’s overround on each match in this case would be 9.09%.

In our scenario, then, the calculation would be 1.0909 x 1.0909 x 100 – 100 = 19.01%. That means that for the double the overround would be 19.01%, which is more than double the overround for the two singles. That enhancement in the bookmaker’s margin increases almost exponentially as further selections are added to multiple bets and is the reason why bookmakers are so keen to encourage punters to place such wagers.

For both singles and multiples, therefore, bookmakers set odds in such a way to ensure that in the long term it is always they who come out on top. One might think that this was enough for them to ensure their profit making potential, but the fact is that most bookmakers also have another trick up their sleeve.

The way in which bookmakers work is aimed at ensuring that they can make a long term profit, and as such this makes it very difficult for punters to do the same. On some rare occasions, however, punters do get themselves in the black and when this happens bookmakers have become increasingly swift and harsh in their response.

In the past few months and years, reports of bookmakers restricting the activity of profitable punters or even of closing their accounts have become more and more widespread. Numerous media reports and investigations, in fact, have found the practice to be prevalent throughout the bookmaking industry.

A BBC 5 Live investigation in late 2015, for instance, revealed a huge number of examples of bookmakers closing profitable online accounts and also lifted the lid on the attitude of betting shops toward successful punters. A betting shop manager who spoke to the BBC revealed how the unnamed company who he worked for felt about gamblers who made money:

‘If they are a serious backer of horses and clearly know what they are doing with the odds then we don’t want them at all.’

If that sounds to you like it is unfair and morally questionable, then you are not alone and a number of notable figures – including former Scottish First Minister Alex Salmond – have already said the same. The problem, however, is that the practice is in no way illegal as all bookmakers without fail stipulate within their terms and conditions that they have the right to refuse the business of anyone they wish and at any time they choose.

That gets to the heart of the issue, therefore, as bookmakers are both the ultimate arbiters of gambling and those who set the rules of the game in the first place. In that scenario, then, and with their ultimate aim being to ensure their own profitability it is obvious that in the long term the house will always win. That’s why Tennis Tips UK recommend sports betting exchanges for club members in almost all cases.

Share this ‘How Bookmakers Work’ Graphic On Your Site

Please include attribution to https://tennis-tips.co.uk with this graphic.