Why is Novak Djokovic so difficult to beat? Tennis Betting Analysis

Why is Novak Djokovic so difficult to beat? Tennis Betting Analysis from Tennis Tips UK

Men’s tennis has had it’s stars throughout each generation – from Boris Becker to Roger Federer. They’ve managed to stay at the pinnacle for many years and win multiple Grand Slam titles however there is a player who has dominated like no other so far in 2016.

The Serbian Novak Djokovic has lost just one match all year (and that was because he had to retire due to an eye infection). He also dominated the tour’s main events in 2013/14/15. So the question is – Why is Novak Djokovic so difficult to beat? In this article; the tennis betting experts from Tennis Tips UK will analyze the current world number one and discuss the answer to that question.

The vast majority of modern players can be categorized as either power based or more focused on tactical precision. The most obvious examples would be John Isner – representing the power section with his huge serve and forehand. Whereas one of 2016’s biggest surprises so far, David Goffin relies on precision rather than huge ground-strokes. Which does Novak Djokovic fall under?

The answer is simple – he’s a combination of both. This is one of the key reason’s why he is so successful. It’s not rare to see the Serbian blast a rocket forehand down the line or a huge ace but they are not the core elements of his game that have delivered such great success. His precision, accuracy and defensive skills are equally as important and are what sets him apart from the rest of the field.

Novak Djokovic is far more unique in that respect though. Nearly all the top men’s players have diverse games consisting of both power and precision – so this alone isn’t an explanation for his dominance.

The Serve: A Key Weapon?

It’s a little known fact that in his early career – the serve was an area of his game that hampered the efforts of Novak Djokovic. His second serve was vulnerable and the number of double faults each season would probably bring him to tears today.

His serve speed is above average for the men’s tour but not significantly. He very rarely double faults though and his second serve is now almost always delivered tactically and reliably making it difficult for his opponent to attack effectively. 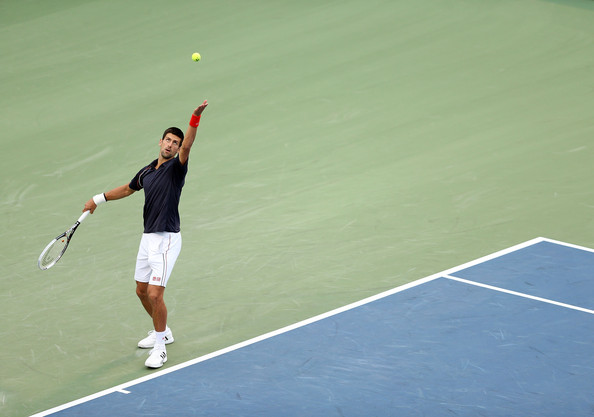 From an analytical standpoint – his service motion if flawless and almost impossible to criticize. Check out this slow motion video showing Novak Djokovic’s serve at ATP Indian Wells. So to conclude this area; the serve is an important element of his game but is definitely not the sole reason for his success.

The Tennis Tips UK team discussed the question ‘Why is Novak Djokovic so difficult to beat?’ in great detail. They tried to summarize the reason for his success in three words.

Reliability was the first area that was highlighted. Most professional players are capable of exceptional individual performances that grab the headlines – for example Nick Kyrgios beating Rafael Nadal at Wimbledon back in 2014. But performing over the course of an entire season adapting to different conditions and court surfaces all around the world is an entirely different challenge.

Most players perform much better on a single surface when compared to others. Take Rafael Nadal on clay or Andy Murray on hard courts. Whereas it’s more difficult to say which is Novak Djokovic’s best surface as he performs at a level capable of bringing Grand Slam titles on all of them (hard, indoor, clay and grass).

He stated himself that grass was one of his weaker surfaces and then went on to win Wimbledon a few weeks later. That’s a perfect illustration of the extend of the Serbian’s dominance. In professional sport the margins are usually so small between the top players. So a significant change such as a different surface should have a major impact on the eventual winner of tournaments – but in this case it didn’t. If a player is capable of beating all others on their perceived ‘weaker’ surface then it indicates they are a margin above all others.

Inside the Team: What does Boris Becker Say?

Currently, Novak Djokovic is coached by the legend of tennis Boris Becker. He was hired by the world number one to give mainly psychological insight rather than any major technical changes to his physical performance or strategy. In an interview Becker stated

‘If you look at Novak’s position on court, you will see that he is much more up to the baseline than before, even on the line. Thus is game is aggressive, offensive. Or if you look at Novak’s serving now and two years ago, again a lot has changed. [And] if one takes his net game, he is simply more comfortable there.

“All this has made him a complete player. And because he knew that these were once my abilities, he believed what I told him.”

One of the key terms used by his coach in that interview is ‘complete player’. That truly is the best way of summarizing his dominance. There are players who serve better than him, have better backhands or superior forehands. But none can rival the whole package.

There are very few weaknesses in his game at all. No matter which location or court surface; beating Novak Djokovic is simply the greatest challenge for any professional male tennis player currently.

Answer from the Expert’s at Tennis Tips UK: Why is Novak Djokovic so difficult to beat?

Although there are strengths in every area of his game, it’s the defensive skills of the world number one that have allowed him to gain an edge over the rest of the ATP tour. He makes his opponent play ‘at least one more shot’ compared to other players.

He achieves this through his incredible movement speed and flexibility around the court. Even chasing down a seemingly lost cause can lead to unforced errors from opponents and these small margins make a big difference at professional level.

For example Djokovic will stretch to return a huge forehand from his opponent whereas other players may just lose the point immediately. He gets it back and forces his opponent to put it away with an overhead smash. In the majority of cases he’ll still lose the point but occasionally he’ll get errors and the effect of this amplified over the course of a match is fatigue for his opponent.

On the subject of fatigue; this is rarely an issue for Novak Djokovic. He has a unique diet and fitness regime so this gives him a crucial edge in brutal conditions especially in five set matches. 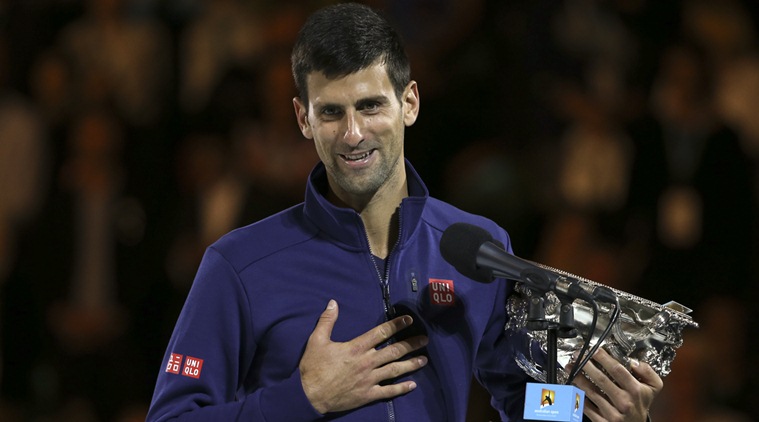 Why is Novak Djokovic so difficult to beat? Tennis Tips UK Player Analysis

Are you a Novak Djokovic Fan? Check these out…