The Effect of Burnout on Betting Value

The majority of tennis players love playing matches and gaining momentum as a tournament progresses. Certain players need time to find rhythm & timing, take Stan Wawrinka’s exploits in the US Open for example. Wawrinka faced match point in his 3rd round match against Dan Evans. He saved it, came through in five sets and the rest was history. Martin Klizan’s title run in Rotterdam earlier this season also shows how certain players thrive off game time. He’d lost six matches in a row previous to his semi-final run in Sofia, which gave him the confidence and rhythm to play his aggressive style and capture his first ATP 500 title the next week. In this article let’s take a look at The Effect of Burnout on Betting Value.

Winning matches in bunches is great, but there’s always a let-down coming down the line. Dominic Thiem was a revelation on the tour this season, reaching the semi-finals in Roland Garros and pushing Djokovic & Nadal to the brink in meetings in Miami & Monte Carlo respectively. He won titles in Buenos Aires, Acapulco, Nice and Stuttgart. His phenomenal run eventually began to crumble on the grass in Halle, where he received a walkover in the quarter finals. Many thought the days rest would aid him, but his body completely seized up in the semi-final and he was downed in straight sets by Florian Mayer. This would be the beginning of a difficult summer. He had played 50 matches by the end of the French Open, and his playing schedule on a surface like clay was nothing short of crazy. No surface requires more work and drains more from a player than the dirt.

The bookmakers didn’t factor this into their pricing. Thiem lost as 1.20 shot in Halle to eventual champion Florian Mayer, and this was only the beginning. Thiem would go onto to lose in the 2nd round in Wimbledon, priced as a 1.11 favourite against Jiri Vesely. The upsets would continue, his return to action in Kitzbuhel would see him downed (6-3 7-5) by veteran Jurgen Melzer, who was priced 13.50 to win in straight sets. He was clearly in bad shape, and his first outing in the US Hard Court swing ended with a 1st set retirement against Kevin Anderson. He entered the US Open and was almost knocked out in the first round, rallying from a set down to triumph over John Millman in the fifth. He reached the round of 16, but again he was forced to retire with injury against Juan Martin Del Potro. Even his coach Gunter Bresnik couldn’t keep up with the hectic schedule, he took a weeks’ vacation while Thiem battled it out in Halle. 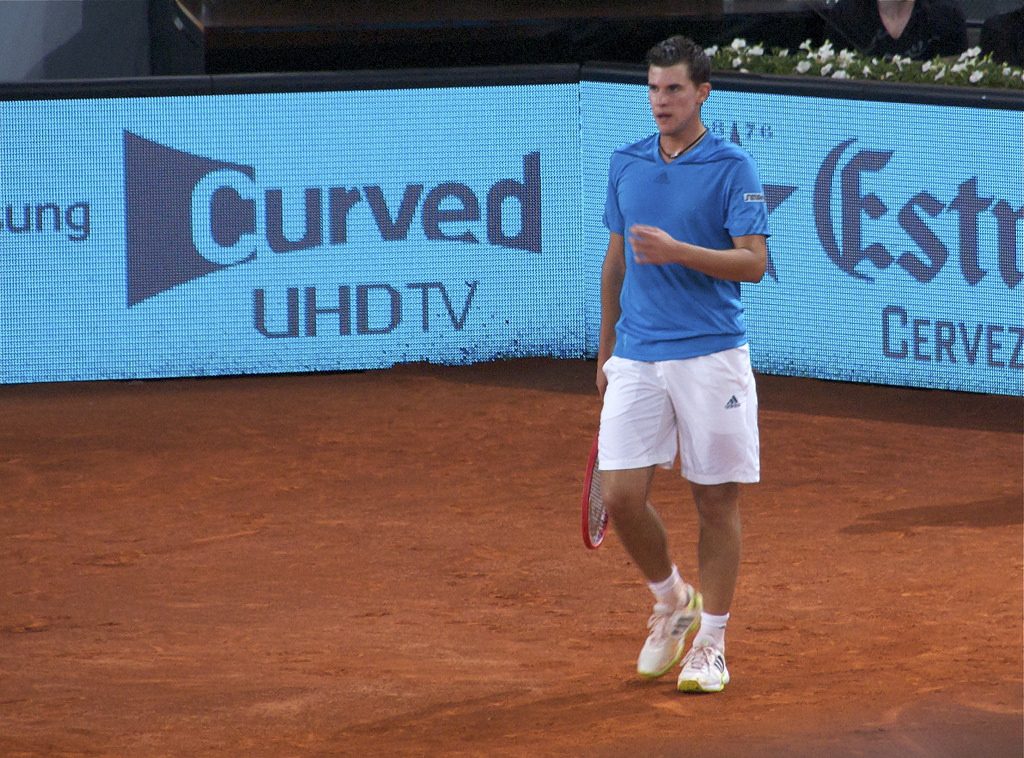 The Effect of Burnout on Betting Value | Dominic Thiem

There’s no doubting the stamina & fitness of the top players in this sport. Mentally & physically, the demand takes unbelievable commitment. Andy Murray is the definition of this, but he is not immortal. 2016 marked his best season on the clay, winning a masters title in Rome before reaching the French Open final. This was the beginning of a wonderful summer. Twenty two consecutive wins landed him a 5th title in Queens, a 2nd Wimbledon title and a retention of his Olympic gold medal. The run was eventually stopped by Marin Cilic, in the Cincinnati Masters final. Murray had struggled all week, clearly grimacing while serving, his 11 double faults in the four matches a clear indicator all was not well in the camp. Priced up at 1.25 for the final, his performances during that week should never have warranted such a heavy favourites tag. His defeat to Kei Nishikori in the quarter-finals of the US Open caused a mild shock, but there was a real sense of déjà vu here. Kevin Anderson defeated him in the round of 16 in 2015, and again the main reasoning behind the defeat was simple, Murray was drained amidst his exploits on the tour and Davis Cup. The conditions in New York are tough, humidity is sky high and these conditions are torture to play in. Nishikori prevailed and cashed a nice 5.74 underdog tag. Just over a week later, Murray was back out on court, this time contesting a Davis Cup semi-final. The media & Murray himself had discussed the fatigue he must be feeling, but again the bookmakers pricing was inaccurate. Del Potro, who was unfortunate not to have forced a 5th set against Murray in the Olympic final, was priced 4.34 to win. Just like the match in New York, Murray took a two sets to one lead, but again his physical & mental fatigue caught up with him, losing the final two sets.

The final quarter of the season features a number of indoor hard court tournaments, and as a busy season comes to a close many players may switch off or begin to feel the effects of wear and tear. Here are some players to be careful backing during the final months of 2016.

Nishikori has racked up 64 matches this season, and his participation in the Davis Cup tie against Ukraine was limited to doubles, suggesting he is struggling for fitness. The two remaining Masters 1000 (Shanghai & Paris) along with the World Tour finals are played between October 9th – November 20th, marking a hectic finish to the season. Take into account Nishikori is just 3-4 at the season finale, he doesn’t look a great prospect to bet on in London.

It’s been a break out year for one of the game’s hottest prospects, but he’s also had his fair share of playing time this season. He was beaten in the deciding set of both tour finals he contested, in Nice & Halle. The hard courts don’t really favour his style of play, he’s more of a dirt baller at the moment, and the indoors could prove tricky with the traditional quick, low bounce. He was 1-4 following the US Open last season, and the youngster may feel the fatigue again as the season draws to a close.

Our team considers many factors when analyzing markets to find value. Burnout is just one of those. Additional elements such as player form, injury concerns, surface type, conditions, win probability and many others need to be considered. If you would like to benefit from this advisory please apply for membership of the VIP Club.